Important Changes for Videos set to Autoplay on your Website

Google’s Chrome web browser, which is widely used (currently it has almost an 80% market share of global web browser usage[i]), will no longer allow a video to autoplay if the website it’s hosted on has not been previously interacted with by the user.

Autoplay videos hosted on a website which you haven’t interacted with previously (just a click will do) will now appear as a black box, which will be confusing for users. You may have noticed this yourself while browsing the internet.

If you use Google Chrome it is certainly something to be aware of moving forward (that black square on that website is meant to be a video). However, if you manage a website, this change is even more pertinent for you.

In the world of digital marketing, it’s pretty obvious that displaying a black box to a website visitor, in place of your corporate marketing video, is not great for UX (user experience) or first impressions.

So what’s Google playing at? Why has Google made this change?

The reasons provided by Google as to why this change has been made are primarily to improve UX, but also to “minimize incentives to install ad blockers, and reduce data consumption on expensive or constrained networks”.[ii]

Google says that since the autoplay policy changes have been implemented it is “effectively blocking roughly half of unwanted media autoplays in Chrome”.[iii]

However, there is one key exception to Google’s new autoplay policy, and this is that muted videos are always allowed to autoplay. 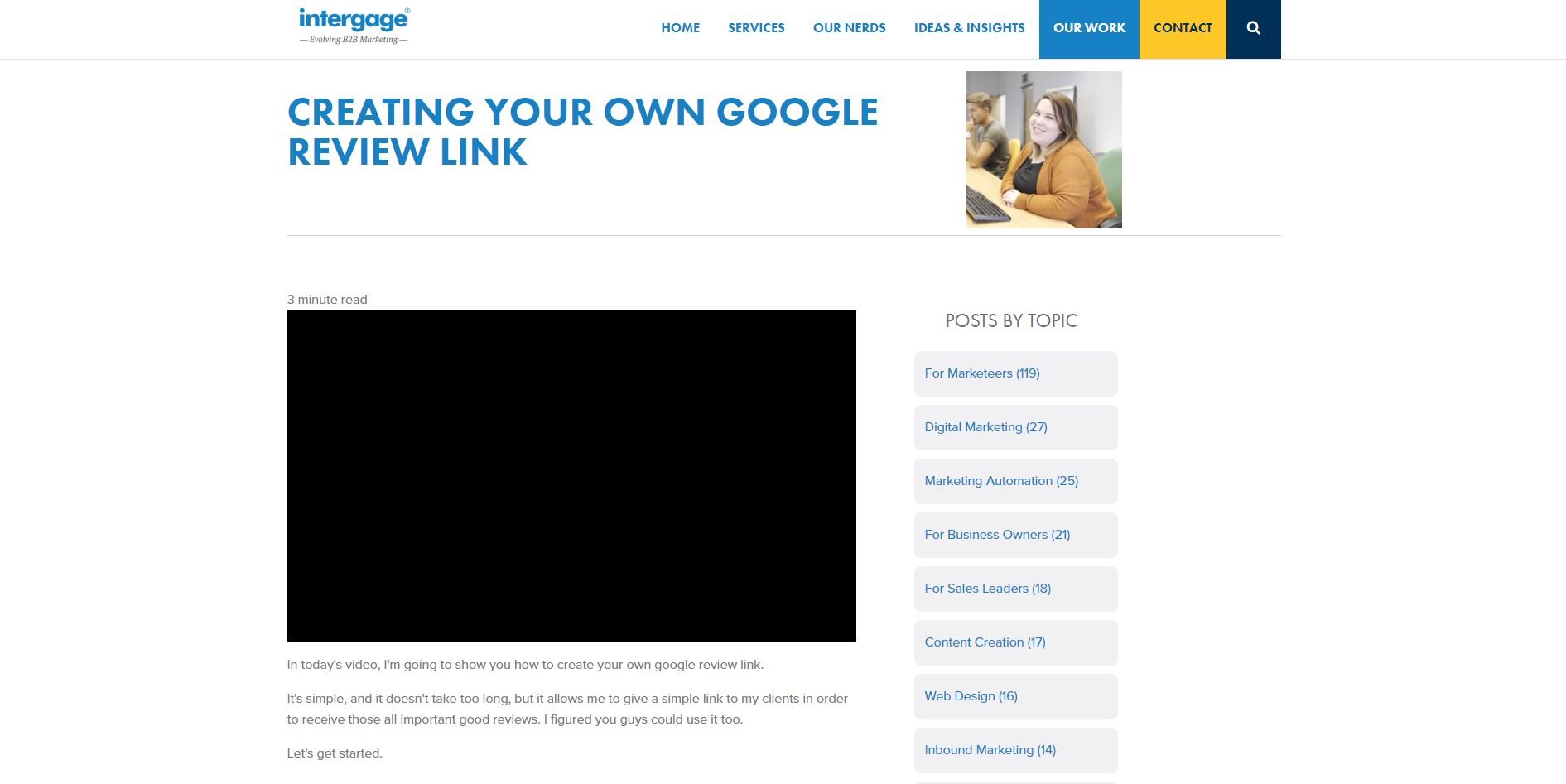 With Google’s autoplay exception in mind, our team of Software Developers at Intergage have made a slight change to the CMS which took effect from Tuesday 9th October 2018.

The CMS update means that any CMS hosted video which is set to autoplay, will now be set to autoplay and mute. This means that your video will remain visible, but without sound. The idea is that if a user can see there’s a video there and they’re interested in its content, they can figure out how to listen to it by unmuting it.

As a result of the CMS update, which has been rolled out across all Intergage sites, all CMS hosted videos set to autoplay will now be muted by default (so they can still autoplay). While we understand that this is not ideal, we feel that our solution is the lesser of two evils.

What about Embedded Videos?

Embedded videos from sites such as YouTube, if set to autoplay, will no longer autoplay. A YouTube video will appear with the YouTube branded red play button over the paused video.

What Should You Do?

If you manage an Intergage website that you know has a CMS hosted or an embedded video (from YouTube or elsewhere) we would recommend the following steps:

As always, if you have any questions, contact our support team.

Should You Secure Your Site With SSL For Better User Experience?

In November 2016 we wrote a blog about how changes to Google’s Chrome browser might affect your...
Read More

I’ve always had a rule about my wardrobe. If I haven’t worn it for more than a year, it’s going....
Read More

How Can Google Analytics Help Improve Your Site?

Whether you’re a new business or a well-established company, it’s important to stay curious and...
Read More